I’m heading off to SpoCon soon, and their theme this year is “All Hail The Goblin King!” This not-quite-random theme is a nod to David Bowie’s character in the 1986 movie Labyrinth. 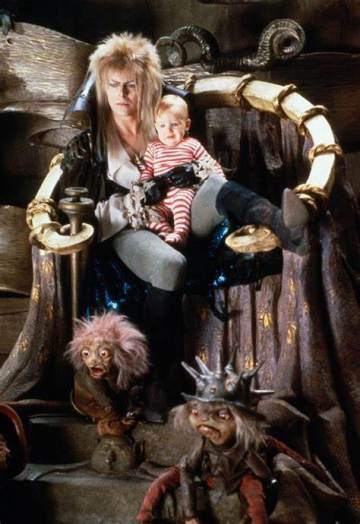 Dear reader, do not become distracted by the strangely hypnotic glory of the Goblin King. I will return to David Bowie at the end of this post. For now, however, we have a theme, and the theme relates to goblins.  The SpoCon organizers  created a panel to discuss goblin lore. I’m on the panel, but I knew nothing about goblin lore. So off I went to research goblins.

Goblin lore, as it turns out, starts out ambiguous and ramps up to crazily disorganized. The reason is clear, in hindsight: goblins are fictitious. Each artist or writer is free to reinvent the goblin to suit their needs, and thus the goblin has been reinvented countless times.

Even the word origin is obscure. The Edda, the oldest source of Anglo-Saxon legends, does not mention goblins. A specific demon might have spawned the generic name “goblin” for creatures of its type. In the 1100s, Latin gobelinus or Old French gobelin was a particular devil haunting the country around Evreaux, Normandy, as recorded by the historian monk Orderic Vitalis.

Concepts of goblin appearance and behavior may derive from the German Binsenschneider (Corn Spectre) who carried sickles, wore three-cornered hats, and frightened children. Or, perhaps they derive from Kobold / Coboldus / Cofgodas. These were usually benign house spirits, though sometimes mischievous poltergeists or knockers.

In Welch, a type of knocker called a Coblyn gives us the closest-sounding namesake. Alas, the Welch name is thought to have come into use later in time than the English word goblin.

So, initially, goblins were probably small humanoids, benign in intent. But they evolved to became small humanoids, mischievous or dangerous in intent. They had magical powers, or perhaps were purely spiritual beings with the ability to wear a solid form upon occasion. I should also note that many cultures (every culture?) have small humanoids as part of their mythical lore. The label “goblin” is often attached to some of these. E.g., the Japanese, South Korean, Chinese, Indian, or Bangladeshi “goblins,” perhaps because translators need some word or other to represent vaguely similar creatures.

By the 1800s, goblins had settled into being evil. (In Dickens’s story, the goblins scare a Scroogelike grave digger into making merry at Christmas, so they’re only halfway evil, or severely morally challenged.) They remained humanoid, but they could be any size. In all the examples that I can find, goblins wore hats. Note that, in the 1800s, everybody wore hats. It is tempting to conclude that goblins were used as allegorical representations of elements of real society.

The color green slipped into vogue in the 20th century. (1) A. Rackham’s 1933 illustration of Christina Rossetti’s poem “The Goblin Market.” (2) The Green Goblin, a Spiderman villain. (3) Jesse Wilcox Smith’s illustration of George MacDonald’s “The Princess and the Goblin,” 1920.

My other used to read the poem Little Orphant Annie to me when I was a child. The refrain is, “And the goblins’ll git you if you don’t watch out!” It’s by James Whitcomb Riley (1849-1916). She always read that bit with such relish . . .

(1) From the Rankin Bass production of The Hobbit. The captives are dwarves, not goblins. (2) A goblin from Harry Potter, conceived as exaggerations on bankers. (3) Lord of the Rings goblin/orc. (4) A page from the 1977 “Advanced Dungeons and Dragons Monster Manual.” (5) Goblins from Labyrinth.

Tolkien’s books flopped upon publication (The Hobbit in 1937 through The Return of the King in 1955) but they refused to disappear. They only gained audience share through the 1960s and 1970s. Now, Tolkien’s work has seeped into the fabric of Western culture. It seems fair to put a demarcation at Tolkien and consider goblins as somewhat changed afterward. Goblins are no longer spirits, but a race of violent humanoids.

I find it amusing that the Dungeons and Dragons vision of goblins suggests that they are hierarchical in temperament. They require a strong king to function well as a society. That brings us back to (perhaps you saw it coming) David Bowie. All hail the goblin king!

In closing, here are rock formations called goblins. This picture is of “Goblin Valley State Park” in Utah. Sandstone columns capped by erosion-resistant nobs are called goblins. The name derives from the twisted humanoids also known as goblins. I see the resemblance.